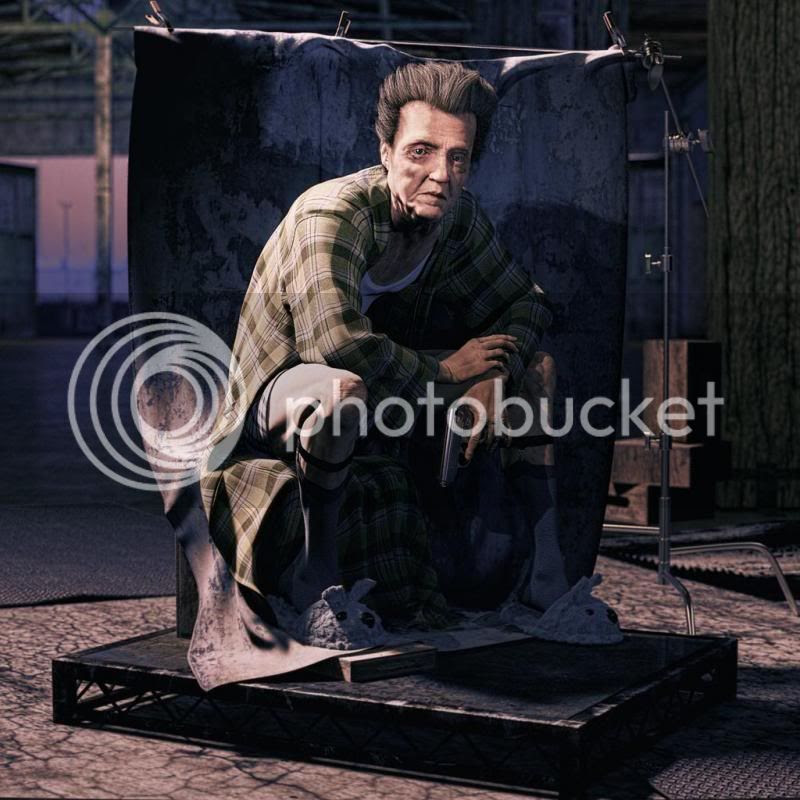 One of the people I regret never having photographed is Christopher Walken. I realize the chances of being booked, any time soon to shoot with the man himself, are rather slim.Therefore I decided to build, if you will, my very own FrankenWalken. Why should I let a little thing, like never having met the guy, keep me from including him in my portfolio.
The attached clip is a loose breakdown, outlining just a couple of the steps in the creation of the image above. The bulk of the steps have been mercifully omitted. Or I plainly just didn't have the foresight to plan this blog stuff ahead of time.

For many years I lived on Prince Street in Manhattan, right around the corner from the Ravenite Social Club. In the summer I would spend a lot of time sitting on my third floor fire escape. And very often I had a bird's eye view of John Gotti, reputed head of the Gambino Family, on one of his infamous "Walk and Talks" with an associate or two. I never heard anything, but it made me a little nervous to think they might glance up and think I had.But, if you went down Prince Street the opposite way near Sullivan, there was this other guy. This guy had a little "Walk and Talk" routine going as well. Thing is, he would stumble around in his bathrobe, drooling and mumbling to parking meters.

Now this guy was scary.

Not because he was a few fries short of a happy meal. But because he was completely lucid. His name was Vincent Gigante or Vincent the Chin. And he was the reputed head of all the Five Families of New York. Lucchese, Genovese, Gambino, Bonanno, and Colombo. He was the Oddfather, Capo di tutti capi. Capiche. Dude had serious green, a frightening amount of power and there he was, day after day, wandering the streets.

Did I mention the bathrobe? 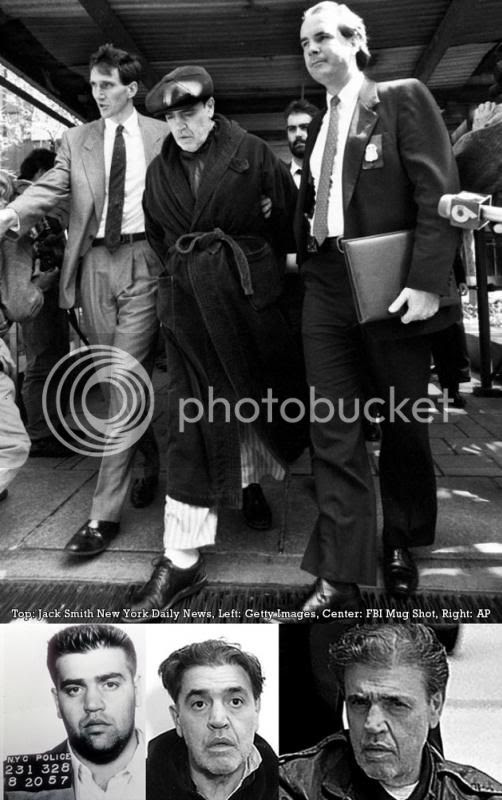 The guy did have a certain style and a flair for the unconventional. So, I figure he's a decent role for my WalkenStein. Essentially, what I was going for here was a "portrait of the actor in character" sort of  shot. I imagine an editorial photo shoot for a lighthearted, family movie, with Walken's character based loosely on a guy who definitely liked to wear his jammi-jams on the road and may or may not have  killed people on occasion. You know, wholesome entertainment. For the kids.OK, I took some liberties with the slippers, but the rest is reputedly true.

If you enjoy long pseudo-techie diatribes, by all means, continue reading. This is not really meant to be a tutorial. I just kind of ramble on about all the tedium I left out of the clip. There's barely any useful information at all. There's no diagrams and hardly any pictures.It's such a nice day, you should be outside. Go out, have a bagel. I hear the park is nice. Maybe, grab a slice. 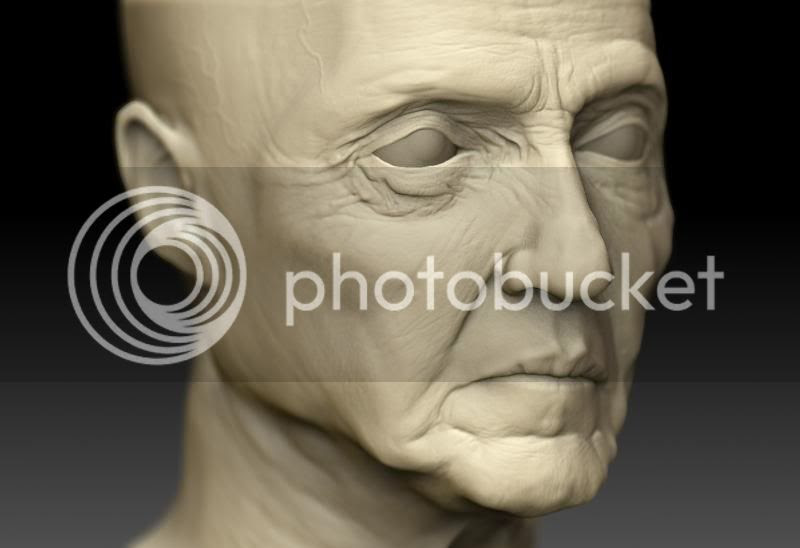 THE Z-BRUSH STUFF, WHEREIN I GET FAR TOO FAMILIAR WITH SIR WALKEN'S MOLES
I sculpted his face in ZBrush using whatever photos I could scrounge up as reference (this would be a good spot for one of those incredible time lapse sculpting clips, but again, I lack foresight). The sculpt was a little tricky as it was my first real attempt at a true likeness. I did one of the Wicked Witch of the West a few years back, but throw that hat and some green skin on just about anyone and they'll be ducking buckets of water before you can say "little dog too". The photos spanned many years and I never found two that lined up well enough to use as reference planes, so as you can plainly see, I just kinda eyeballed it. Recalling the amount of up-close and personal time I spent exploring wrinkles, nose hairs, pores, and moles has me feeling a little unclean, so I'd rather move on, thank you.

The skin texture was hand painted, rather than using one of those photographic texture source libraries, because I wanted to give that process a try. I'd done the photo-collage route before and thought it'd be a good idea to get a feel for the advantages and limitations of hand painting. It was OK. I felt like there was more control. It took a bit longer, but the time was spent painting stuff, rather than removing unwanted shadows and highlights from a bunch of close-ups of naked strangers, so that was cool. It will take a few more tries for me to achieve the same realism though. The usual displacement, cavity and normal maps were generated and exported as well.

BATHROBEMANIA. NOT THE BATHROBE, BUT AN INCREDIBLE SIMULATION.

I built low poly versions of his robe, shorts, and tank-top as well rigging an intentionally skinny body to use for the cloth simulation. I knew this project would probably just end up as a still image so I didn't feel the need to get the sim to really settle down. Still, I thought the result might seem more spontaneous if I ran him through a series of movements and then subsequently chose a pose and camera angle to refine, like I would if he were a live subject. The low poly clothes drove a wrap deformer for a high res version of each garment. This sped up the simulation and allowed me to model things, like the collar, belt loops, and such, without catching too much grief avoiding interpenetration.Once I settled on a pose, the body mesh was copied and re-imported into ZBrush to beef him up a bit and tweak areas where my admittedly loose weight mapping caused issues. I also waited until this point to paint the body mesh so I wouldn't waste time painting areas that would be hidden. 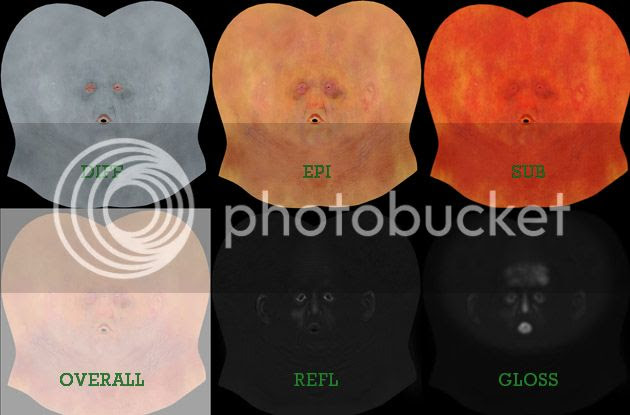 OILY SKIN? NO PROBLEM
I created the various sub surface scatter maps in photoshop from my painted base texture. A desaturated bluish for the diffuse, a more ochre tone with blotches and veins for the epidermal, a blurred reddish for the sub-dermal, I used a plain red ramp run through multiply/divide node that masked everything but the thin skin areas around the ears and nose for the back scatter. An overall map was created to reduce the scatter on various blemishes and bags. A reflection map was made by applying levels and desaturating the base map and multiplying the cavity map over it. Then some selective dodging of the slightly oily areas of the face ( nose, lids and a little less on the cheeks) finished that map. Finally a reflective gloss map was painted in a similar fashion and a roughness map was made by essentially inverting the gloss map. The SSS shader was pumped through the additional color slot of an MIA material that on its own generated only reflections and some bump.

I got tips on this skin set-up from the extensive Tony Reynolds tutorial on the subject from Eat3D here:


You too can have beautiful skin 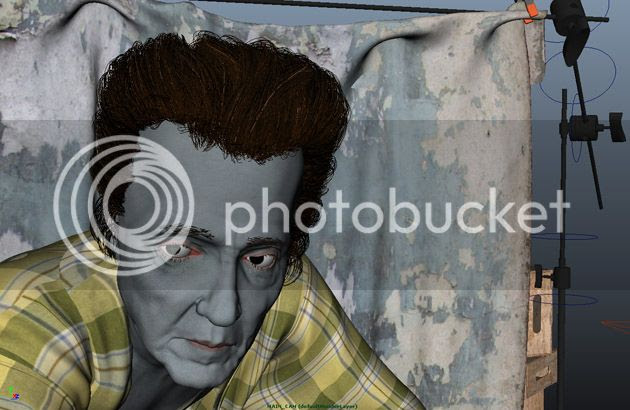 CLAMPS, HAIRY BITS, AND OTHER PEOPLE'S GUNS
His hair is pretty straightforward Maya hair. Three or four hair systems were used to separate and control various regions including thicker hair for the main hair mass, some thinner shorter wispy hairs to disguise and blend the hairline, sideburns, lashes and brows. I used a combination of dynamics and brute-force-curve-tweaking to groom the doo. The slippers are simple Maya fur with some clumping to increase the skeeze factor. 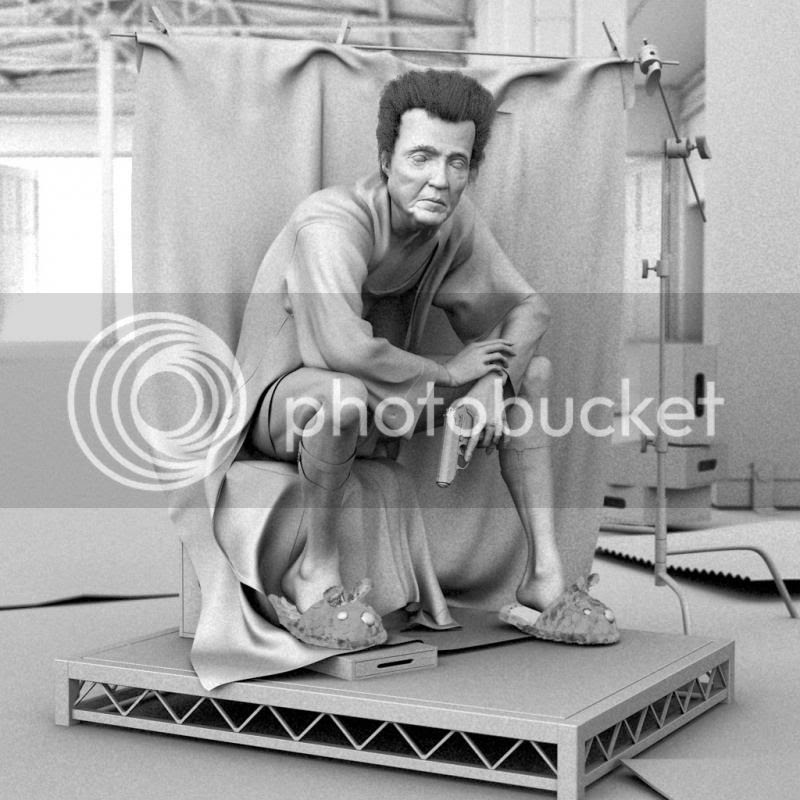 The foreground elements (appleboxes C-stand clamps, riser etc.) are pretty quick and dirty poly modeling and texturing. The warehouse set visible mainly on the far left of the image as well as the gun are purchased, kit-bashed, and/or retextured assets I had lying around from old jobs. The hanging backdrop is another cloth sim. I had it collide with some basic spheres, bound to his skeleton in conjunction with cubes for the stage and boxes to get a somewhat reasonable drape going. 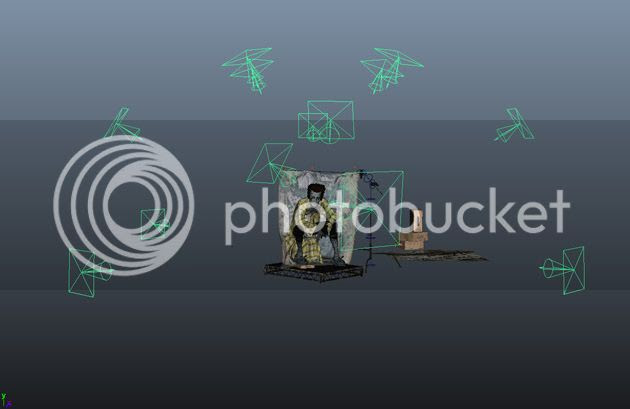 PRETEND I HAVE SOMETHING SOMETHING CLEVER TO SAY ABOUT LIGHT
The lighting is an unglamorous combination of spots with detail shadow maps. Twelve of them set in a dome array, as well as a key, rim, and fill . There is also a distant low spot illuminating bits of the far warehouse wall and columns to help sell the dusky sky visible outside. (the rim light an distant spot are out of frame in above image) 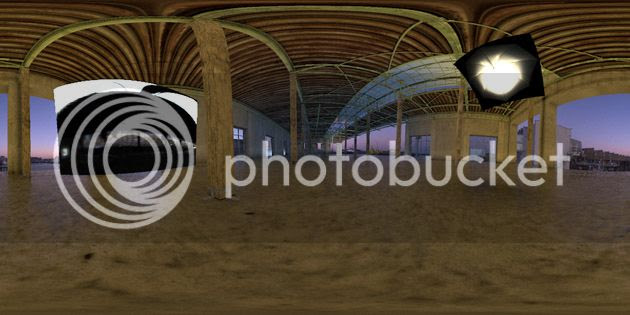 HDRI CYCLORAMA SHEBANG
A lat-long HDRI of the background set, sky, and some cards mapped with HDR images for placing specific reflections (eye lights, gun etc) was rendered and mapped to an IBL sphere. That in turn was used as a reflection environment for all the foreground elements and floor. The camera view of the set was also rendered in HDR and camera mapped to a simple poly Cyclorama. The whole shebang was rendered with a fairly shallow DOF to hide the transition between the 3D geometry and the new Cyc background  (just behind the dark metal plate in the floor).

The sky, umbrella card, and big window card images are from the top notch gentlemen at sIBL Archive:

HOW THE COOL KIDS PUT-OUT

I set up the project for a linear workflow (hey, all the cool kids are doing it). The Primary Mental Ray renderer was the rasterizer with Raytracing checked as a secondary effect. Initially the output had a few EXR passes (beauty, reflection, diffuse, shadow), but I ended up using just the beauty. The range in the EXR held pretty much all the information I needed.


THAT'S IT. A LITTLE TWEAKING IN PHOTOSHOP AND BOB'S YOUR UNCLE

I thought it would be interesting to try and apply the whole over-sharpened, under-saturated, over-processed, HDR photo-that-sorta-wants-to-be-a-painting look that's got the Still Photo World's panties in a bunch these days.You know, because so many photos these days are processed to look like anything but photos, I tried to make it look less photographic so it feels more like a photograph. I'm still on the fence about that choice, but I added a skoosh of lens distortion and I'll call it done for now. I gotta get out of the house. 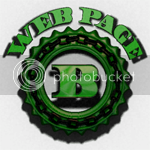 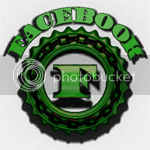 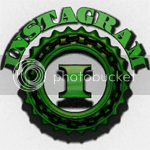 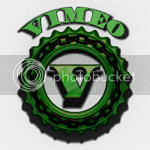 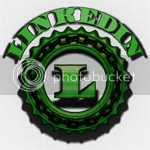